Cattle are dear to the farm owner. Many cases of cattle disease go unnoticed because the farm one is unaware of the many diseases that affect cattle. Certain diseases spread rapidly and mortality rate is very high. Some diseases lie latent and appear and disappear in intervals. Below are given details regarding common diseases affecting cattle. Cows are a farmer’s wealth. It is his livelihood. A farmer has to be aware of the common diseases in cattle. Awareness helps in prevention of diseases and helps the farmer to recognize symptoms.

Cattle are dear to the farm owner. Many cases of cattle disease go unnoticed because the farm one is unaware of the many diseases that affect cattle. Certain diseases spread rapidly and mortality rate is very high. Some diseases lie latent and appear and disappear in intervals. Below are given details regarding common diseases affecting cattle. Cows are a farmer’s wealth.

It is his livelihood. A farmer has to be aware of the common diseases in cattle. Awareness helps in prevention of diseases and helps the farmer to recognize symptoms.

1. Downer cow
This disease refers to the condition where the cow is unable to get up. The animal will have to be closely observed to find out the cause. The cause can be related to hypocalcemia, hypomagnesemia, tetanus, physical injury or rare disease. If the cow’s limbs are positioned behind the animal’s body, paralysis could be the reason. If the upper leg is positioned sideways, it could indicate adductor muscle break. Other causes like shock, fever and dehydration cannot be ruled out. The cow should be carefully examined and the temperature taken to determine the cause. Blood tests are usually taken to find out the cause. Symptoms include the inability to get up, fever, thrashing of legs while trying to rise, crawling and weakness. Treatment includes injections of calcium, helping the cow to rise, giving feed and water. Serious cases need veterinary treatment.

2. Cold cow
This disease affects cows in large numbers. The cause is not clear. The reason could be intake of carbohydrates or presence of mycotoxin and estrogen in pastures. The animal shows symptoms of being drunk. It cannot stand properly and has the tendency to fall. Other symptoms include cold skin, drop in milk, excessive manure bordering on diarrhea, weakness, loss of appetite and falling down. The quantity of milk drops so low that it is almost zero. The majority of the herd is affected. The only solution for ‘cold cow’ is to move the cows to different pasture. This syndrome is seen during spring time when pastures are thriving green.

3. Mad cow
The medical term for mad cow syndrome is bovine spongiform encephalopathy. The disease affects the cattle in a large scale. Humans who consume the meat of such infected animals are also affected. ‘Mad cow’ is a deadly disease. Cattle feed which includes poor quality feed and protein supplements which contain the bones of slaughtered animals are seen as a cause of this disease. The infected feed which contains the disease causing matter called ‘prion’ affects the brain of the animal and reduces it to a sponge like matter. Factory farming methods could also be seen as a cause. The symptoms include inability to walk straight, lack of coordination in movement, low energy, and drop in milk production, loss in weight, sensitiveness to sound and touch, drastic changes in behavior and hostility. Infected animals are slaughtered and their remains are destroyed completely.


1. Magnesium insufficiency
Magnesium is a mineral that plays an important role in metabolism. It helps in forming bones. Magnesium helps in the muscle’s neuromuscular activity. Though there are stored amounts of magnesium in the animal’s body, it is not fully utilized in terms of emergencies. There are two forms of magnesium deficiency diseases: - Lactation related tetany (indirect deficiency) and hypomagnesaemic tetany (direct deficiency).
The lactating cows often have low levels of magnesium in the body. When they graze on pastures high in nitrogen and potassium, there is high risk of tetany because the cows are unable to absorb magnesium. The symptoms include excess saliva, bellowing, staggering, convulsions, falling, froth and abrupt death. Calves which live solely on milk are at risk of magnesium deficiency because of high amount of calcium in the milk. Treatments are given in the form of magnesium injections.


2. Iodine insufficiency
Deficiency of iodine is the cause of goiter. Iodine is essential for the proper development of the body. Cows which have deficiency can give birth to calves which have no hair, are stunted in growth, blind, with coarse skin and inflamed thyroid. In many cases, the calf will be still born or die within a short time. The reproductive capacity of cows will be affected if there is iodine deficiency. The semen will be affected in the case of bulls. Certain foods like cabbage, star grass, rape, turnips, cauliflower and clover can cause iodine deficiency. Treatment for calves includes drinking from teats dipped in iodine. The feed for cows and bulls should be mixed with appropriate amount of iodine as directed by the veterinarian.


3. Calcium insufficiency
Calcium loss after giving birth to calf is a common occurrence. Change in levels of other minerals can also affect the calcium present in the body. Calcium deficiency can lead to uterine prolapse, metritis, mastitis and dystocia. There are thee stages the animal undergoes after being affected by calcium loss. In the first phase, the animal will bob the head, twitch the ears, show restlessness, and bellow. In the second stage, the animal lies down, is cold, is not able to pass urine or manure and can have bloat. In the third stage, the cow will not respond, will enter coma stage and eventually die. Calcium drips are administered slowly to treat the animal. Injections are also given in mild cases.


4. Copper insufficiency
Copper plays an important role in helping iron absorption, activating enzymes, hair pigmentation and controlling the function of micro organisms in rumen. Copper aids in building tissues in body, helps fight free radicals and is imperative for fertility. Copper insufficiency is sometimes caused due to higher levels of other minerals in the body. The symptoms include drop in milk production, anemia, and diarrhea, slow growth of hair, change in appetite, abortions, infertility and lack of coordination in movement. Diagnosis can be done through blood tests. Treatments include injections or oral prescriptions. It must be noted that overdose can cause toxicity.


1. Anaplasmosis
Anaplasmosis is a disease which affects cattle. Parasites named anaplasma centrale and marginale cause this ailment. It is not communicable but spreads through ticks, dehorning tools, mosquitoes, instruments which are used to apply tattoo, flies and needles. This disease is common in many parts of the world. The cattle once infected become a permanent carrier. Symptoms of this disease include fever, anemia, loss of weight, inability to breathe normally, lack of harmonization while moving, abortion. If left untreated, the animal can die. Treatments include tetracycline, chlortetracycline and antibiotics. The animal should not be moved unnecessarily because it will cause breathlessness leading to death. Hygienic surroundings will help prevent spreading of this disease.


2. Bloat
Bloat is a common disease in cattle. The condition occurs when the animal is unable to eject gas formed in the rumen. The gases which get ensnared in the animal’s body are converted to froth. Bloat occurs when the animal consumes legumes like clover or alfalfa. In some cases it is also caused due to obstructions in gullet. The symptoms include restlessness, swelling of abdomen, strenuous breathing, trying to defecate frequently, convulsions and collapse. Treatment is done by giving doses of dimethicone for bloat of the frothy type. In cases of gassy type, a tube will help the gas to escape. The veterinarian will have to operate the animal in serious cases.


3. Wooden Tongue
Wooden tongue is an infection which affects the cattle. Certain types of feed, rough food and seeds can cause wounds in tongue. The bacteria which are present in the tongue enter through these wounds. This leads to infection and pus formation. The tongue of the affected animal becomes hard and swollen. The animal will not be able to drink or eat because of acute pain. There will be drooling and the animal will lose weight very soon because of the inability to eat. The symptoms include unusual amount of saliva, pus and weakness. The infection causes tissue deposits on the tongue which makes it hard and still. Treatments include tetracycline and iodine healing. An infected animal should be isolated until cure.


4. Ringworm
A common fungal infection, it affects cattle also. The fungus known as trichophyton verrucosum forms spores which causes hair loss in the form of a ring. This disease is extremely contagious. The symptoms include dry skin, scabs, hair loss and emission of liquid from the patches. The animal does not look healthy. The disease can also affect those who look after the cattle. Ointments and iodine treatment are effective. The spread of infection can be prevented by keeping the premises clean.


Please write for this site and get paid regularly. Share your knowledge with the rest of the world. 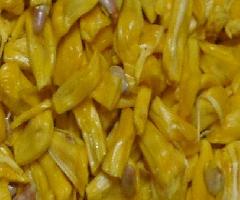 I am a writer and love to write about religion and philosophy. I also like to write verses about nature. 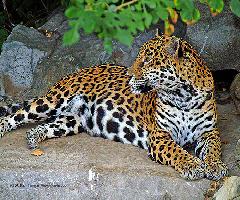 This article is about the different sub species of the leopard. 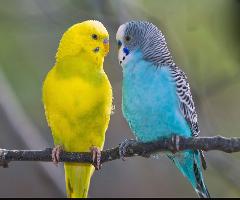