Botfly: A Vampire Insect as Horrifying as an Fiction

There are about 150 species of hairy flies that are known to be parasitic to mammals. Notably there is the Dermatobia hominus, the human botfly. This is going to be nasty folks.

There are about 150 species of hairy flies that are known to be parasitic to mammals. Notably there is the Dermatobia hominus, the human botfly. This is going to be nasty folks.

The female botfly deposits their eggs on a living host, a mammal or even another insect which acts as a vector (a method of transmission) to a warm-blooded mammal. Eggs that are laid on a mammal come into contact with the skin and hatch shortly thereafter, fueled by the warmth of the mammalian body. From this hatching they burrow down under the skin where they take residence and grow larger, feeding upon the blood and fluids of the host for months.

Some species of botfly reside in the digestive tract of mammals, introduced by the licking of the afflicted sites of botfly egg deposition such as legs or feet, where they act as an irritant. The type of botfly larva such as this is depicted above, resides in the intestines of large animal hosts such as horses and remain attached for nearly a year, feeding until they mature.

They eventually release themselves and are passed via elimination to become adult botflies outside of the mammalian body, and the cycle of infestation continues. There are dewormer medications that can be used to eradicate the botfly larvae in the host animal and hopefully break or interrupt the cycle of parasitism.

These insects in true parasitic form do not kill or actually unduly harm the host, but there are some species of botfly such as in the rodent-infesting variety that seek and consume the testes and ovaries of their host and thus rendering them incapable of reproduction. There is another type of botfly whose presence causes lesions under the skin that become infected by a bacterium they carry. This causes large bumps to form under the skin. Without antibiotic intervention, the host animal usually dies.

Growing up in western New York State I have seen what the American Warble Fly (a botfly species member) can do to both livestock and feral game animals. These botflies do not seek out humans as host but do attack larger mammals such as deer and cows. We had a milk cow that had about two dozen large bumps on its back, front shoulders and haunches that we were taught how to remove. Manual palpation via precise squeezing would cause the larval slug to erupt out of the animal's back in a most disgusting manner! Think big, fat pimple that explodes when squeezed firmly and in the right way. These would come out like explosive child-birth, expelling the still-live white grub. I can still hear those damn things squirt up and hit the low ceiling of the milking parlor with a smack! Yuck!

The Dermatobia hominus botfly sometimes uses a human or simian host and in the case of the host human, this can be a very traumatic experience. There is a lot of pain too as the larvae grows and moves around under the skin for the larva has spiny barbs on its body. These are an extreme irritant under the skin. Persons whom have had botfly larvae deposited onto their head (in their hair) and the larva that hatch then burrow in under the scalp have reported being able to feel and even more alarmingly, hear the movement of the offending parasite. The wound often gurgles and bubbles as the grub breathes and wiggles around just below the skin surface.

Removal of the botfly larvae is said to be accomplished by several different methods, usually by some means of suffocation. The hole through which the botfly invaded the host remains open for the botfly requires air to breathe, and frequents the hole for air. Covering this hole with adhesive tape, petroleum jelly or even a piece of wet raw meat and secured in place long enough induces the botfly larva to approach the burrow hole to attempt to breathe. From there, it can possibly be secured with tweezers or surgical pliers and gently coaxed out.

In the case of covering the hole with tape or nail polish (forming an air-tight cap,) or the Costa Rican solution of using a thick tree sap poultice that will block the hole, the intent is to suffocate the botfly in situ, killing it. It is dead but still under the skin and must be massaged towards the breathing hole and extracted manually.

Botflies live in warm, damp climates that range throughout South America but have been reported as far north as the southern United States. Other species of botflies have been reported in encounters from countries including the United States, Canada (northern British Columbia and southern Ontario Provinces,) Mexico, Dominican Republic and New Zealand among a lengthy list of other countries.

These flies are truly horrific vampires if ever such a thing existed. 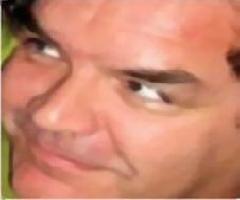 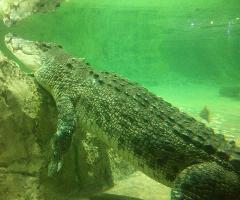 Dubai Mall Has The King Croc In Its Aquarium-something

Dubai is an entertainment city for adults and children. Every year new entertainment vistas are added and now there is the King croc from Australia with a partner who lives in the Aquarium delighting children and adults.. 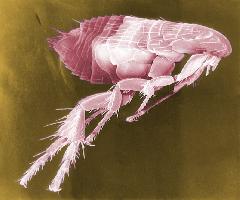 To understand the fleas life cycle you must know all the stages of its life. From egg to adult the flea will go through many changes..